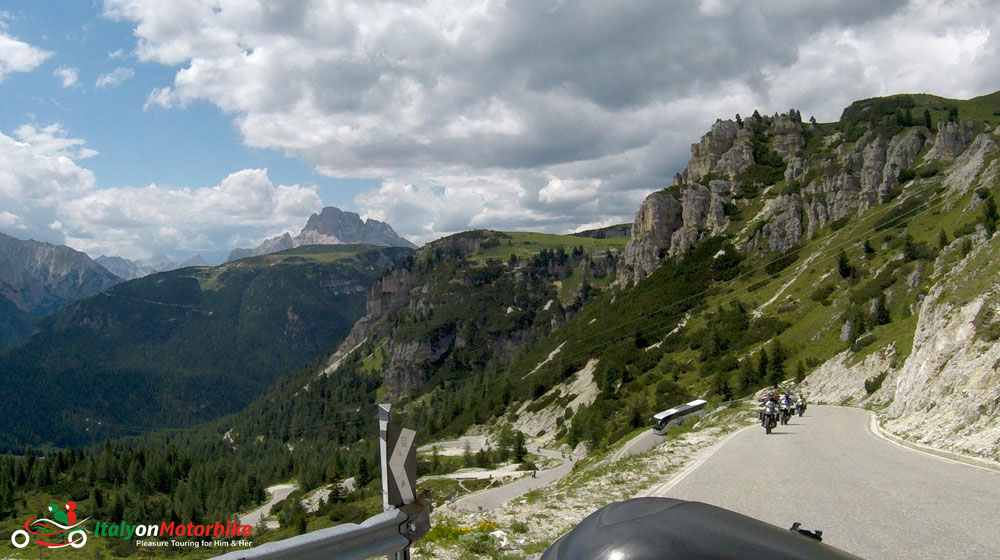 Italy is not a country of plague spreaders !

by Francoise Ohlmann on 25 February 2020

On the contrary, it has deployed a draconian system to be effective in the fight against the spread of the virus, and it is precisely the implementation of preventive measures that has put us under the world’s spotlight !

We are aware that the eyes of the world are on us in Italy at the moment, as we are the unfortunate country with apparently the most cases of coronavirus outside of Asia. This is why we wanted to let you know the real situation in our country, to restore the truth, put things in the right perspective and reassure you as to the feasibility of a motorcycle tour  with us in the next months.

It is essential that you understand that, in this story, Italy is a victim of its efficiency.
According to the press, it seems that Italy has become a no-go area both to foreigners and to the Italians themselves, in constant danger of death. And panic spreads … but unjustifiably..
This new virus, which we are starting to understand, is proving to be a not particularly dangerous one (statistics do show that it is LESS deadly than the common flu virus) but particularly contagious and, like all flu-like conditions, very debilitating for  the people affected can be temporarily knocked out and befuddled under their duvet.
For these reasons, Italy, whose healthcare system is one of the best in the world, has set up very effective restraining measures, that to be efficient have to be very drastic. The quarantines imposed in the regions where cases have been verified, the closing of some schools, the cancellation of events with large crowds such as football matches or the Venice Carnival, have the simple purpose of limiting the spread of the virus, NOT because it would cause an uncontrollable series of deaths, but to avoid having a large number of people who are simply ill, in their beds all at the same time, which would cripple the country’s economy.

An extremely efficient virus detection system was therefore set up, with systematic checks in the busiest places and 8000 tests carried out every day, 21 hours a day… and this caught the attention of the media, which in turn has put us in the spotlight.
The result is that instead of praising and applauding at our foresight, the world sees us as a community of sick people who are dropping like flies.
But it’s completely untrue!

What is being done is purely preventive, not curative! It is to prevent the disease from spreading out of control that such brilliant measures have been implemented!
In Italy, a country of almost 60 million inhabitants with a tourist influx of almost as many foreign visitors per year, there are as of today 322 cases. We’re talking of 322 infected people, not sick, because being positive for the virus does not mean being ill! The dead are 11, all indirect deaths of elder people (over 80 years) who were all severely debilitated by poor health; for them the corona virus was sadly the last straw, just like the common flu could have been, which does unfortunately decimate hundreds of old people in our country every year, where longevity is among the highest on the planet.

Do the cases seem a lot to you? Then it’s important to put them in the right perspective!
The drastic system put in place is very effective, so it can detect them all (or almost). Many other seemingly less affected countries are just only less aware of the actual number of infected people, due to the lack of controls and constraint measures. And so they seem safe havens while we, who are making a huge effort of prevention and have taken the bull by the horns to stop the contagion, appear to be a country of plague spreaders …

We would like to end this communication with another consideration.
We are in February, wintertime, it’s flu season and our motorcycles are quiet in the garage. Motorcyclists will be seen again on the Italian roads in the spring, and as regards us, Italy On Motorbike, the season begins in April. Indeed the first sold tour of 2020 begins by mid April, in two months, while the majority of our customers will come later. This leaves us all with precious time!
No one knows how things will evolve, but the research and the best brains around the world are working to stop this virus. In my personal opinion it will be under control soon and then completely settled, here and everywhere else in the world, in time for you to come to Italy for a fantastic motorcycle tour in 2020 !

Don’t worry, be confident and calm, Italy is doing everything possible, much more than the vast majority of other countries in the world, to preserve the health of its citizens and visitors!
See you soon on our beautiful roads!