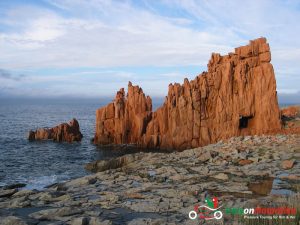 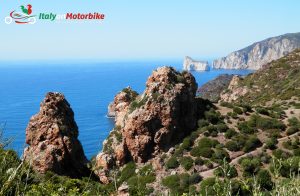 To combine sea, culture and nature to best effect, this tour takes in numerous coastal and inland beauty spots, offering a rich palette of colors from the beautiful island of Ichnusa (name of Sardinia in Ancient Greek), with pleasant stops by the sea and interesting visits to archaeological, natural, and urban sites. Though we’ll never be very far from the coast, which is a vital element of the program too, this tour mainly focuses on other, equally fascinating aspects of this ancient land, like the mysterious civilizations that lived here in remote times.

Wonderful velvet-black roads, with ancient forests, temples and nuraghes along our way.

The island offers a wealth of heritage from this historical period, too much to fit into these few days. So our tour will touch on just the most significant sites, including some of the most secluded ones set amid wonderful scenery that is barely reachable on four wheels but a joy to explore on two.
Let’s discover together Sardinia at its most authentic! 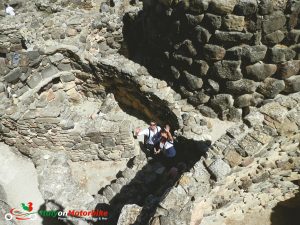 Sardinia is the only place in the world where you can find nuraghes, distinctive constructions that historians still know very little about, and the so-called Giants’ Tombs. Because of the high concentration of energy measured there, some researchers believe the Tombs were not only places of worship but also, and above all, centers for regeneration and healing for the warriors. To give you an idea of the historical importance of the mystery that suffuses this land, there is a growing school of thought that Sardinia might be the lost Atlantis, or what remains of it …

This is a taster of the historical periods that we’ll acquaint you with:

As you can see, it’s a journey back in time with something for everyone.

← Piedmont
14 Surprising things that you must know about Italy →